A walk in a misty heath

The story of Hof 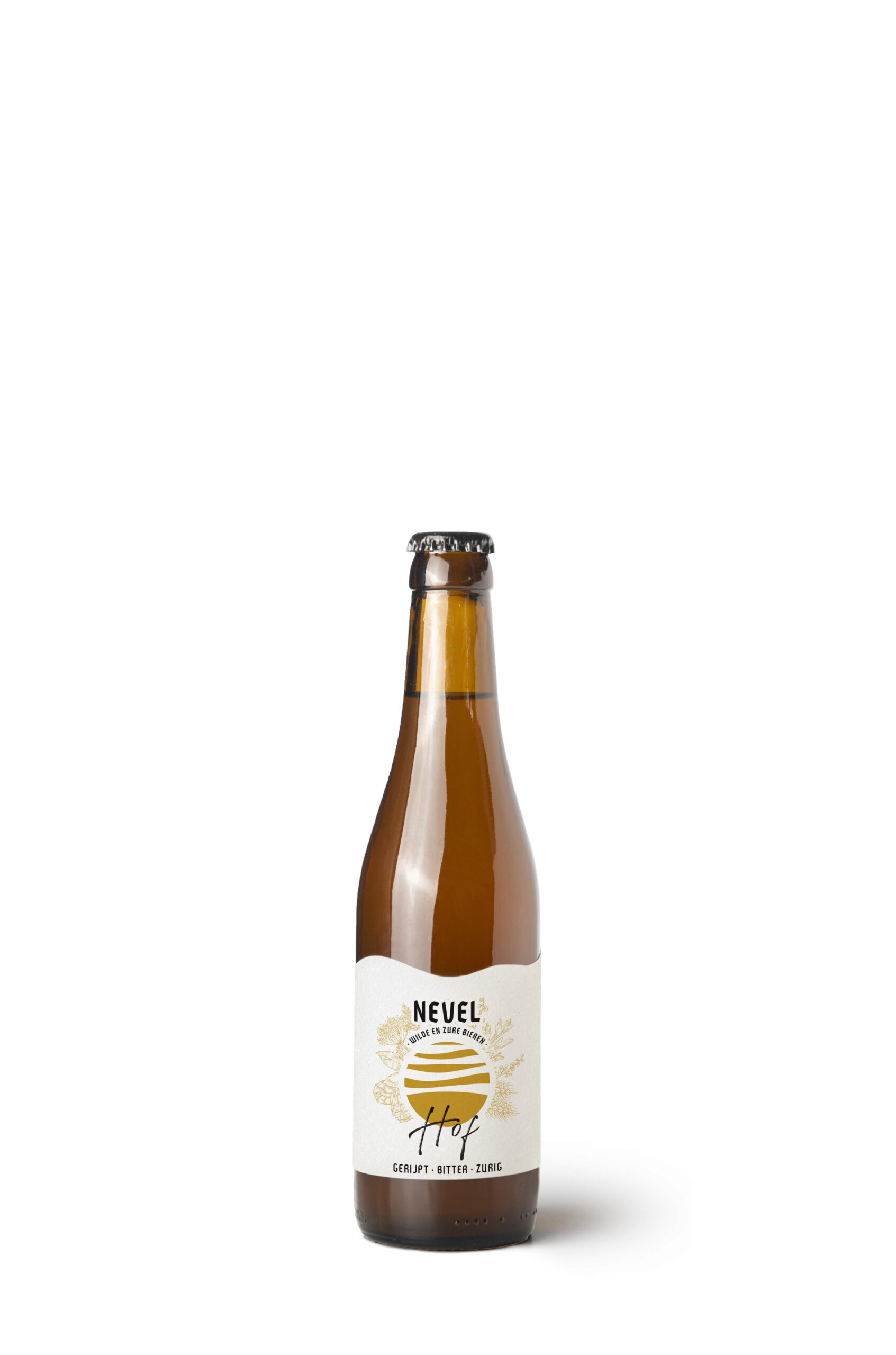 When making wild beers, you often get a surprise without doing anything else. That is what happened with Hof. Hof was actually brewed to become Erve, but Hof did not want to become that. Hof became ropey soon after the main fermentation. We know that if you are patient it will dissolve itself and so we left the beer in the tank for almost half a year. But at some point we really needed to empty the tanks, because we were going to move. We took the gamble to bottle the beer anyway, even though the beer was still a bit thick, because the taste was really great. Once in the bottle, the beer quickly became ropey again, so we had to wait again.

When the beer seemed less thick, we tasted it and were surprised by the smell. It looked like lambic and the taste had become much more sour! This really doesn’t look like Erve any more, but we found it to be incredibly tasty. Very funky from the longer maturation, acids and bitters that alternate nicely, low carbonation like a good lambic. Here and there we came across a bottle with more carbon dioxide. So these are the fun stories of wild fermentation and also a reference to why we named our brewery Nevel. Our process is like a walk in a misty heath. The final goal is not entirely visible, but we adjust according to the knowledge and insights we have at that moment.


Back to the overview