The story of Autumn box 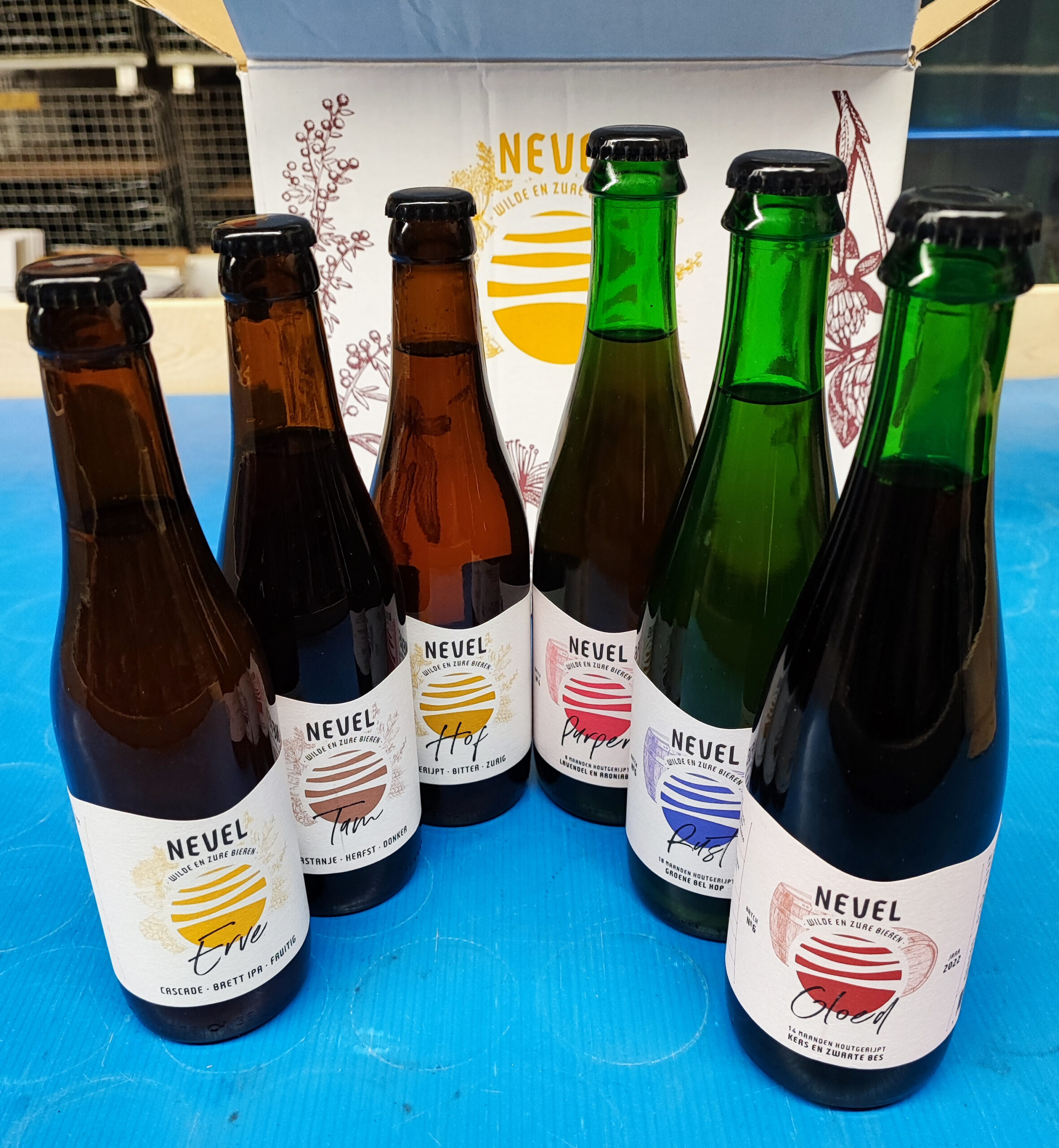 The ideal box with autumn beers!

Tam: Wild dark beer with chestnut. Tam is our ode to autumn. The koji fermented chestnuts give a warm and nutty character to this dark beer. With this beer we are trying to kick-start chestnut cultivation in the Netherlands. 5.5%
Erve: Erve is a rustic, dry and bitter cross between a brett IPA and a saison. 6%
Hof: Wild blond beer with cascade. Hof started out as Erve. Because the beer in the tank had become ‘ropey’, we let this beer mature for half a year. Hof has therefore become a bit more acidic and mature. Unexpected and delightful. 6.5%
Gloed: Barrel-aged wild beer with 215g/L local cherries and 55g/L blackcurrants. A fresh sour and fruity beer, with a rich aroma of red fruit. 6%
Purper: Barrel-aged aged wild light beer with buckwheat, lavender and aronia. Nostalgic, soft and tart beer, aged for 3 months on oak barrels. 4.5%
Rust: Barrel-aged wild blond beer with locally grown Groene Bel hops. A carefully balanced wine-like blend aged in oak barrels for 16 months. 5.5%

Back to the overview